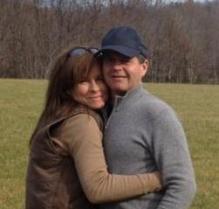 I have been way up on top of my soapbox today about this subject. Butch patiently listened to my babbling, gave me some spiritual guidance, and then decided it was high time he went on a 20 mile bike ride. Since there is no one left here to endure my ranting (our Jack Russell, Minnie, is 15 years old and completely deaf), I decided to blog.

Now, those of you who have been around us for more than 10 minutes know that we fully believe that the gospel is the power of God to deliver us from ALL sin. Sin is a willful preference for self over God in the heart, with every temptation God provides the way of escape, and there is NEVER any valid excuse for someone who has the Holy Spirit to commit sin.  I am in NO way minimizing or justifying  EVER transgressing the will of God, but I just can’t get over the statement that ‘Sin is Sin’. This is not my feeble attempt to judge how God views individual transgressions, but to point out that some transgressions DO produce greater consequences than others.

Before I really get into my ranting, I do want to throw in a few interesting scriptures.  1 John 5:16 makes a differentiation between ‘sin unto death’ and ‘sin not unto death’. Then Matthew 12 says that all other sins may be forgiven, but the sin of ‘blasphemy against the Holy Spirit’ will not be forgiven, either in this age or in the age to come. And in Galatians 5, where we find the list of the ‘works of the flesh,’ it says that those who practice such things (the things on the list) ‘will not inherit the kingdom of God’! Of course EVERY sin (big or little) is covered in the list and the sin unto death or blasphemy against the Holy Spirit is to reject the highest provision God could possibly make to restore man’s soul to its first right condition.  Now though I have spent many years as a student of the Word, I don’t claim to be a Bible scholar.  Whenever I need to know where a verse is, I take the lazy way out and just ask Butch. And this is not meant to be a debatable theological thesis, but simply my (passionate) observances and convictions.

So let’s consider the statement – ‘Sin is Sin’. If this is the case, then a young married guy who loses his temper occasionally and snaps at his wife is the same as the guy who habitually cheats on his wife and devastates the lives of both her and their children. The kid who lies to his parents one night about what time he actually got home is no different than the kid who gets stoned every weekend and kills four people while driving drunk. The person who doesn’t report a small portion of his income on his taxes is identical to the billionaire CEO who embezzles all his employee’s 401K funds and leaves them without a penny.

And just let me say that I am fully aware that NONE of us are righteous in ourselves and we would all burn in hell forever without the mercy and grace of God. But the statement ‘Sin is Sin’ makes it sound like you might as well do one as the other. I mean, if you’re going to drive over the speed limit on the interstate, you might as well steal a car and rob a bank! The thing that really gets my blood pumping is when an action that destroys the lives of many innocent people is thought to be no different than an action that basically affects no one but the person who did it! And then people try to justify their gross misconduct by pointing out a flaw in someone else. We need to all take responsibility for what we do, be quick to repent, and forsake any and every sin by the power of the Holy Spirit.  ALL sin is a horrible transgression against God’s will, but it just seems to me that some are much more far reaching than others. For that reason, you will NEVER hear the statement that ‘Sin is Sin’ come out of my mouth!